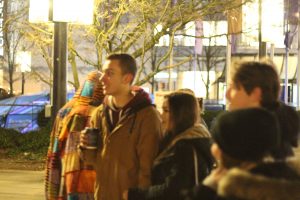 Every city has its unique culture. On the streets of Vancouver, a lot of people are just passing through, from places all over the world, with different experiences and backgrounds. Vancouverites, too, come with diverse perspectives and attitudes towards life and towards God. One thing is clear though, despite not many being affiliated with a religion or religious institution, the majority of people still consider themselves spiritual.

It’s on those streets, that every two weeks, a DRIME team has “streets” — a time of street ministry. In the open area by the Vancouver Art Gallery, they perform dramas to introduce passersby to the “man in the white shirt,” and engage those who stop to watch in spiritual conversations. The wonderful thing about a wordless drama is that it transcends language barriers. Visitors who speak little to no English can still experience the power of story. And all onlookers are given the chance to discover the meaning of the interactions they see.

How it all began

Sheldon not only understands the importance of sharing the greatest story of all, but of listening to other people’s stories too. Through volunteering with the DRIME Vancouver ministry, he’s learned how to connect, what people care about and are struggling with, to the hope of Jesus.

Growing up, Sheldon just wanted to fit in: wear the right clothes, hang out with the right people, use the right slang. No matter what he did, he still felt empty. His friends came and went. Nothing quieted an inner longing that he couldn’t quite explain. 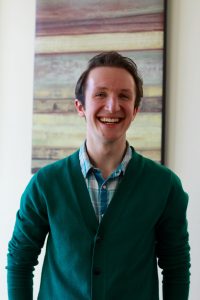 Sheldon thought he was unlikable, awkward and never good enough. Through being raised by Christian parents and going to church, he learned many things about God. However, Christianity was just a family thing. It wasn’t personal for him. Until a friend invited him to a Bible study, there for the first time, he interacted with others his age about faith. It was during that group God revealed himself to him in a deeper and more tangible way.

“God showed me that He didn’t see me the way that I saw myself,” Sheldon says. “He showed me that he not only liked, but loved me, and wanted to be in a relationship with me, as a Father figure, teaching me confidence, self-worth, and giving me purpose.” Once he realized all God had for him, he accepted God’s offer and committed to following Christ.

God changed his life and how he viewed himself. Sheldon wanted to share that with others, but wasn’t sure how. 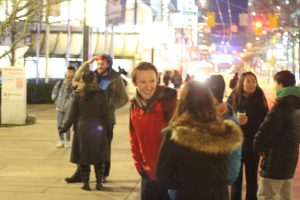 After graduating high school, Sheldon went to YWAM in San Francisco. That’s where he first experienced street ministry. As part of a team, he would go out to meet people on the streets, giving out free hot chocolate, listening to their stories, praying with them, and sharing the hope of Christ whenever there was an opportunity.

“It terrified me at first,” Sheldon says. “But I really came to love it. I was amazed to see how people opened up when they saw that you were genuinely interested in connecting with them and that your intentions were good.”

When he came back home, Sheldon knew he had to keep doing street ministry. That’s when he found DRIME.

Sheldon started volunteering with DRIME locally in Vancouver, and also participated on a few mission trips. Eventually, he took on the role he has now as part of the DRIME Vancouver leadership team, coordinating Friday night ministry times and overseeing the prayer initiative. 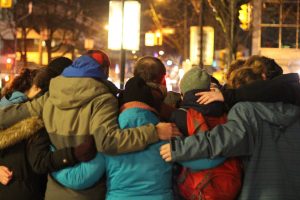 His involvement with DRIME has forced him to stay engaged with his faith. “In DRIME we are very intentional about doing community-building things, really getting to know each other and being honest,” he reflects. “Some of my best, deepest, and longest-lasting friendships have come out of DRIME.”

For the past seven years, God has used Sheldon in ministry beyond what he thought was possible. He’s seen a growth in his boldness and faith. It has also, in his words, “drawn me deeper into reliance on God in ministry and reminded me of His character.”

Sharing Jesus with strangers isn’t as scary as it might seem, but it does require intentionality and the Holy Spirit. At the end of the day, stepping out in boldness to help others know Jesus is always worth it.

Find out more about Sheldon and Why Street Ministry Works in Part 2 of this story next week!