A Decade of Trust: Celebrating Janna

Janna Cressman is a name that is well-known in DRIME circles. Janna eagerly started out as a volunteer with DRIME Vancouver in 2005 and continued, through the years, to commit herself to investing in leader’s lives around the world and trust that God would use her to share His gospel story.  She has recently left the DRIME staff because she felt God tell her that her season of working for DRIME was coming to an end. Faithfully, she has responded to this call, even without knowing what’s next.

Today we are taking the opportunity to honour Janna for her contributions to the DRIME ministry. We want to take you on a little journey through her time with the ministry and share how she has left an impact that will continue in this ministry. 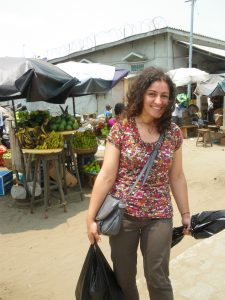 2009: Joined DRIME staff as an intern; wrote the Base Manual (still used today!), and helped choreograph the dramas “Liberate” and “Redemption”

2010: Joined DRIME staff as a base planter 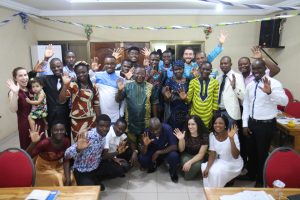 2013: Hosted BLTC’s (Base Leaders Training Camp) with different teams around the globe, equipping new teams to 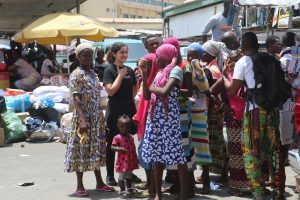 When I asked Janna about her time in DRIME, this is what she had to say:

What was your most memorable DRIME trip, and why?

“Wow, could you pick a more difficult question? Seriously though, every trip has been memorable so it’s hard to pick just one. But, since I have to, I think I’ll go with the mission trip to Benin in 2009. There were just 4 of us that went from Canada so we spent the first week training a group from a local church in the dramas. The second week we were there we (the 4 from Canada and the group we trained) went out to do ministry in different villages with GAiN. Aside from forging great friendships and overcoming language barriers with lots of laughter, this trip is memorable because it birthed in me the desire to be part of starting DRIME teams. This trip showed me how effective it was to train others in the dramas so they can minister to the people in their city. This trip led to a season of base planting for me and then a continued involvement with the international teams! I never got tired of passing on this tool to others!”

What have you learned about evangelism during your time in DRIME?

“I’ve learned that there is no one formula or script for sharing your faith with others. If you enter into a conversation with someone with a list of things you want to tell them about Jesus, you often miss out on the opportunity to have a meaningful conversation. My time with DRIME has taught me that one of the most effective things you can do is ask questions and listen to the response. I find that is the only way I know what to share and how to share it.  As I ask questions about a person’s life and listen to their answers, it is then that I feel the Holy Spirit prompting me with either more questions, or comments or prompting me to share certain experiences from my own life. This approach definitely keeps me on my toes and it reminds me to rely on God to lead me in the conversation, since He’s the one that is doing the heart-changing work!”

When I asked Lillian, our Executive Director, about Janna’s impact on the DRIME ministry, this is what she said:

“Janna’s impact on the ministry of DRIME both as a volunteer and during her time on staff is widespread. There really isn’t a team or area of the ministry that her fingerprints aren’t on. She has directly helped launch more DRIME teams than anyone else and has helped lead most of our DRIME leaders at some point through the years.  From her internship days where she created the Base Manual that we still use today to our leadership Summits and the way our leaders lead, Janna has been part of shaping most aspects of the ministry. Her gifts and personality are greatly missed in the DRIME world but we’re thankful that she’ll always be a DRIMER. I am excited for what God has for her next and I’m so thankful for her time with us in DRIME.” 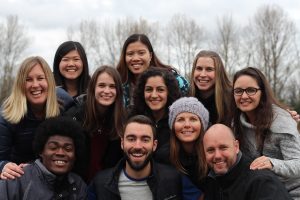 Janna, your faith and commitment to the ministry has deeply impacted us. We have been so blessed to have you on staff all of these years – to work alongside you and learn from you has been a privilege. Thank you for everything you have invested in the ministry. We know that we will be seeing the fruit of what you have sown for years to come!

We love you Janna!